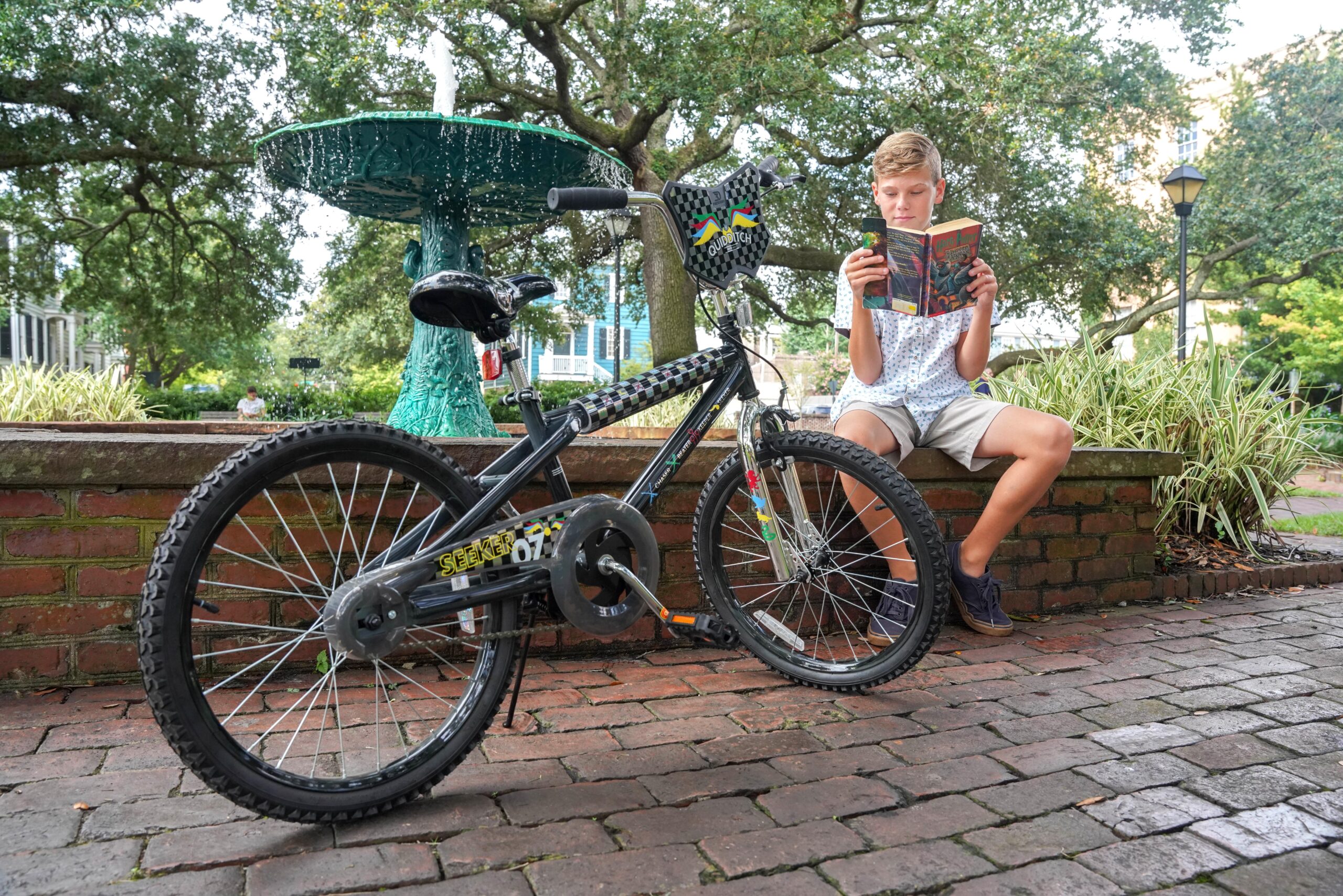 Dynacraft’s new ‘Quidditch’ themed bike features custom Harry Potter graphics and a prominently displayed, colorful Quidditch logo in front that is stylishly contrasted by the bike’s sleek black frame and a black and silver-checkered design along its chain guard, safety pad and handlebar-mounted shield. The four Quidditch player positions are etched across on the bike’s frame while the ‘Seeker’ position is inscribed on the chain guard.

“Wizarding World fans can imagine that they are flying around on their own broom when riding our new, stylishly-designed Quidditch-themed bike,” says Patricia Gates, Dynacraft Director of Business Operations. “Teamed with our existing Gryffindor-themed model, Harry Potter enthusiasts can enjoy a truly, magically exciting ride on either bike!”

For all you Hogwarts fans, stay tuned for another release in the Harry Potter bike family coming in Spring 2022

Dynacraft BSC, Inc. is the largest privately held distributor of bicycles, scooters and battery-powered ride-ons in the United States, available at major national and regional mass market retailers throughout the United States, Canada and Puerto Rico. Founded in 1984, the company was originally based in Ashland, Massachusetts selling their first bikes in 1985. Over 30 years and 77+ million units later, Dynacraft is the preeminent player in the wheeled goods industry, and the North American leader in the design and distribution of bikes, scooters and battery-powered ride-on toys.

Warner Bros. Consumer Products, part of Warner Bros. Global Brands and Experiences, extends the Studio’s powerful portfolio of entertainment brands and franchises into the lives of fans around the world.  WBCP partners with best-in-class licensees globally on an award-winning range of toys, fashion, home décor, and publishing inspired by franchises and properties such as DC, Wizarding World, Looney Tunes, Hanna-Barbera, HBO, Cartoon Network and Adult Swim. The division’s successful global themed entertainment business includes groundbreaking experiences such as The Wizarding World of Harry Potter and Warner Bros. World Abu Dhabi. With innovative global licensing and merchandising programs, retail initiatives, promotional partnerships and themed experiences, WBCP is one of the leading licensing and retail merchandising organizations in the world.

In the years since Harry Potter was whisked from King’s Cross Station onto Platform nine and three quarters, his incredible adventures have left a unique and lasting mark on popular culture.  Eight blockbuster Harry Potter films based on the original stories by J.K. Rowling have brought the magical stories to life and today, the Wizarding World is recognized as one of the world’s best-loved brands.